New initiatives aim to expand the pipeline to the podium for more women and people of color.

Tong Chen (GPD ’11, Conducting), the first female music director of the Yonkers Philharmonic Orchestra, savors small moments that have made a big difference, such as the time Marin Alsop helped her understand a troublesome passage in Brahms’ Symphony No. 3. On one of Alsop’s rehearsal breaks, she invited the Peabody graduate student into her office to go over sections of the iconic masterpiece, the music that Ms. Chen would conduct at the upcoming Malko Competition for young conductors in Copenhagen.

“She said to me, ‘What’s the dynamic? Show me again.’ We did the opening page again and again, at least 20 times,” Ms. Chen recalls. “She gave me so many useful comments — not only how to do the opening, but how to practice without going through the entire symphony. How to go through the difficult part until we really get the sense of the music.”

That year, 2012, Ms. Chen won a prize at the prestigious competition. She also acquired an undying affection and gratitude to Maestra Alsop and the Peabody conducting program from which she graduated.

Developed by the late Gustav Meier, the program first offered degrees in the 1960s and is one of the most respected in the country. Now in its second year under Maestra Alsop — the first woman to conduct a major American symphony orchestra (she is music director of the Baltimore Symphony Orchestra) — it is continuing to expand opportunities for women, musicians of color, and other nontraditional conducting students.

“Maybe I’m a little more sensitive having been a member of an underrepresented group in this field for so long,” Maestra Alsop says. “I do think that in building a class, as in building an orchestra, diversity results in richness and variety of experience.”

Attracting, and retaining, the new audiences vital to the survival of symphony orchestras depends on finding ways for musicians to better reflect the cultural diversity and interests of the U.S. population, according to Fred Bronstein, dean of the Peabody Institute. He says that providing opportunities for promising musicians from diverse backgrounds is an institutional priority that extends from the Preparatory through graduate programs.

Surveys show that symphony orchestras continue to lag behind other fields in their efforts to improve the diversity of their workforce. Women now comprise almost half of the orchestra members in the United States — thanks in large part to the adoption of blind auditions. However, the racial and ethnic diversity of musicians has increased only modestly during the past 14 years, mostly due to the addition of more Asian and Pacific Islander instrumentalists.

A report by the League of American Orchestras in 2014 — the most recent year available — shows that less than 2 percent of the musicians on stage were African-American, while almost 86 percent were white. Nine percent were Asian and Pacific Islander, and 2.5 percent were Latino.

“I think you can’t realistically expect to broaden your audience unless you broaden the people who are on the stage,” Dean Bronstein says. “If you want to have a diverse audience, you’ve got to have musicians who look like the people you want to attract.”

You might say that begins with the figure on the podium, where the statistics are slightly better than in the orchestra. In a survey taken this year by the league, 78 percent of the music directors and principal conductors were white, while 7.6 percent were Latino, 7.1 percent were Asian and Pacific Islander, and 2.4 percent were African-American.

Jesse Rosen, president and CEO of the league, attributes conducting’s better showing in diversity, in part, to the tradition of hiring music directors from an international pool. These days, many young conductors from South America and Asia also study in the United States and continue to train there at small orchestras, while instrumentalists, mostly American, must compete right out of music school for orchestra positions.

Performance traditions still work against gender parity on the podium: Only 9.2 percent of the music directors of American orchestras are women. The lone female music director among the 24 highest-budget U.S. orchestras, Maestra Alsop is determined to improve those figures. Since 2002, she has provided mentorship and support for women conductors through a fellowship program she created. Four of her mentees are now in prominent positions at orchestras: three music directors at the Hartford Symphony Orchestra (Carolyn Kuan, GPD ’04, Conducting), the Reno Philharmonic Orchestra (Laura Jackson), and the Chicago Sinfonietta (Mei-Ann Chen); and assistant conductor of the Cabrillo Festival of Contemporary Music (Alexandra Arrieche, AD ’13, Conducting).

The maestra continues to receive countless comments from women in the audience who consider her an inspiration.

“They say, ‘You know, I’ve always loved classical music, but this is really different. I feel really engaged,’” Maestra Alsop says. “It’s as if they can picture themselves doing it.”

Achieving diversity in the world of classical music depends on increasing and strengthening the academic systems that feed it.

“Unlike other fields, people don’t decide when they’re 18 years old that they’re going to be a violinist. They decide when they’re 8 to 10 years old, if not earlier,” Dean Bronstein points out. “That’s what’s required to even be in the game, so to speak. So when we talk about changing the pipeline, we talk about getting people into the field. And it has to start so early.”

Consider programs such as the Peabody Preparatory’s Tuned-In program, which this year will receive additional support from a National Endowment for the Arts grant. Tuned-In provides gifted young public school students who would not otherwise have the means with tuition-free opportunities to study an instrument.

Violinist Mellasenah Edwards, head of the music department at the Baltimore School for the Arts and a faculty artist of the Peabody Preparatory, praises such efforts as Tuned-In and the BSO’s OrchKids, a free music education program for Baltimore City schoolchildren.

“I think the word ‘exposure’ is the biggest word at helping the cause of diversity,” she says. “If the students can see the possibilities, then they can believe in them.”

Joseph Young, of the Atlanta Symphony, grew up near Charleston, S.C., played trumpet in a high school band, and discovered his passion for conducting in a summer arts program. The first major conductors he met in workshops after he received a degree in music education were Maestra Alsop and Michael Morgan, conductor of the Oakland Symphony Orchestra.

“So an African-American and a woman were the first people who really took the time to give me advice as a conductor,” he says. “To me, that’s really a new normal.”
Mr. Young and Roderick Cox, assistant conductor of the Minnesota Orchestra, are the only African-American conductors of their generation who are on staff at major American symphony orchestras. However, Mr. Young routinely tells aspiring students that the most challenging aspect of his job may be its uncertainty; assistant conductors typically stay with an orchestra for only a few years.

While success for many classically trained musicians means securing a permanent job either performing with an orchestra or teaching, forging ahead as a conductor relies heavily on constant networking.

“We’re always searching for the next thing. We don’t get to settle anywhere,” Mr. Young says. “It’s always the idea of, ‘What’s next? Where will I find a job?’ There is no set path. We’re all just lined up on this road somewhere and trying to navigate ourselves through this process.”

The European system of cultivation allows young music directors many opportunities to practice their craft in orchestras and small opera houses, Dean Bronstein says. “In America, there’s no real way to move up the ranks. There’s not really a path in place that says, ‘You’re going to move from here to there, and then to here — and then to there.’”

As Maestra Alsop updates Peabody’s graduate program, she is scheduling more concerts for her students with various conservatory orchestras and providing more opportunities to improve “off the podium” skills, such as applying for jobs and conducting interviews with the media. And then, she adds, there are the intangibles: “It’s also important to know, ‘How do you become a good citizen in your community? How do you become a good leader?’”

Peabody conducting students might give a number of answers. While Ms. Chen, the child of a clarinet player in the Shanghai Opera House, began playing piano in China at the age of 2½, Mr. Huynh’s father was a Vietnamese refugee who settled in Montgomery, Ala. With no music at home, Mr. Huynh stumbled upon his abilities when he joined his middle school band. Determined to become a high school band leader — his instrument was the euphonium — he got his first exposure to classical music at the University of Alabama, where he also took his first conducting lessons. A master class and workshop with Gustav Meier brought him to graduate school at Peabody. 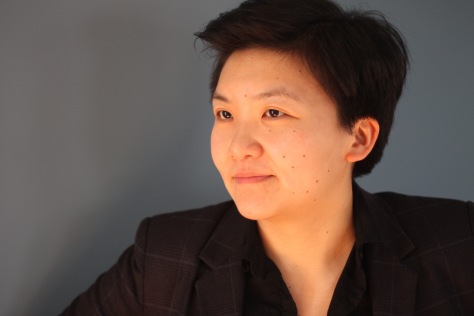 Mr. Huynh’s position with the Oregon Symphony includes participating in community engagement programs. It was an ability he began developing at Peabody as a co-founder of the Occasional Symphony, a group that performs orchestral music on unusual occasions in nontraditional spaces: a Dr. Seuss birthday concert at Port Discovery Children’s Museum, a Halloween concert to accompany a silent film in an abandoned church. His subsequent job as assistant conductor and community liaison at the Portland Symphony Orchestra in Maine was appealing to the Oregon search committee.

“In the past, the only outreach we [symphony orchestras] did was educating the young people,” he says. “Now that we recognize the gaps that exist in our audience, we’re looking to be accessible to people under 40 and to those from different socioeconomic backgrounds.”

Cultural diversity helps create the richest musical experience possible for those who provide it and those who consume it, says Mr. Farias, who directs the Joliet Symphony Orchestra in addition to his conducting studies at Peabody.

“I think the ultimate goal of the orchestra, and of the community, is to actually listen to each other’s life stories,” he says. “When you have people with different backgrounds and different ideas in the orchestra, the conductor’s job is to enable everyone, musicians and audiences, to be open and receptive to one another when creating something meaningful together. I think there’s nothing more important, nothing more interesting, than that.” 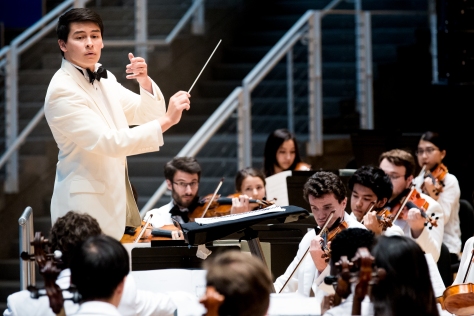