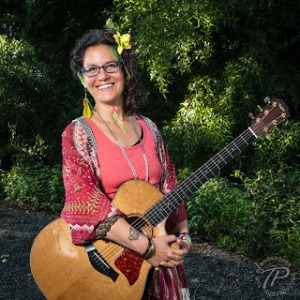 Sahffi Lynne (BM ’93, French Horn) had a busy summer travelling and working. She started the summer writing songs with kids in Baltimore. She then traveled to Peru and co-hosted the Kunkawaki Yoga and Music Retreat. There, she played with her band OverGlow at El Festival de Musica Medicina as well. She has a number of upcoming performances in September. One, a concert called “Sacred Sounds” will take place on September 15, at 6:00 pm in Baltimore and on September 16, at 2:00 pm in Washington, D.C. Her other appearance will be at the Lovelight Yoga and Arts Festival which runs September 21-24.